I supervised visual effects for this pitch film, including a full CG title sequence, CG environment for interviews, and dozens of green screen composites.

In 1921, two Slovak-American brothers Jerry and Daniel Siakel return to Czechoslovakia to direct the first Slovakian film. The movie is about the classic tale of Janosik, the famous bandit who died for his people. But when the American censors declare the hero’s death in the movie’s ending “too violent”, Jerry is forced to re-shoot a new “happy” ending behind his brother’s back.

I was given creative freedom to come up with a logo and concept for the title opening shot. I worked with designer Genina Ramirez to create the title – we both liked the idea of using vintage typeset blocks which we found at a local store to create the letters. These were scanned at a high resolution and used as a base for the 3D version.

The opening shot’s background is a small section of attic – dusty and abandoned with film canisters, boxes and an old trunk. I did a quick previz pass to block in the camera movement and then modeled/textured areas that were visible in the final shot. This was lit using physical area lights and rendered in Mental Ray. 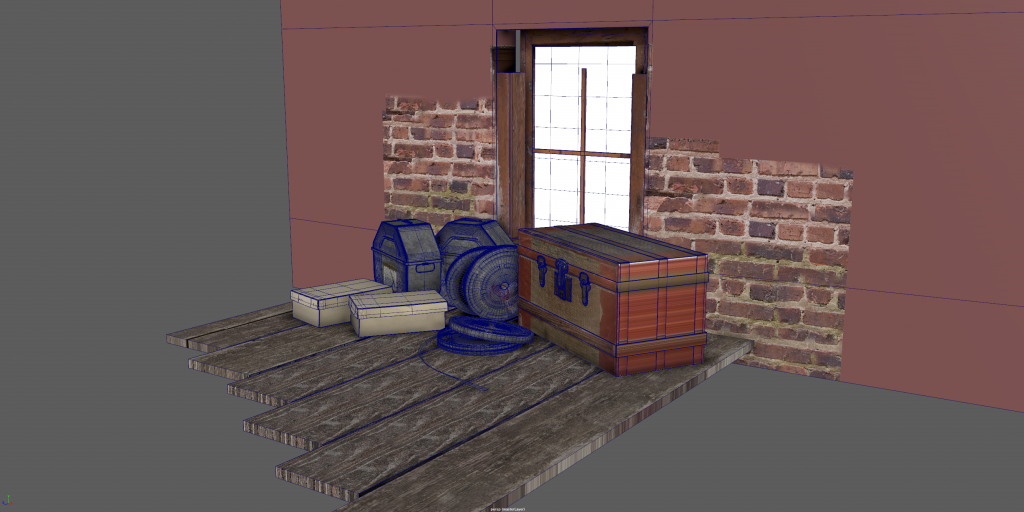 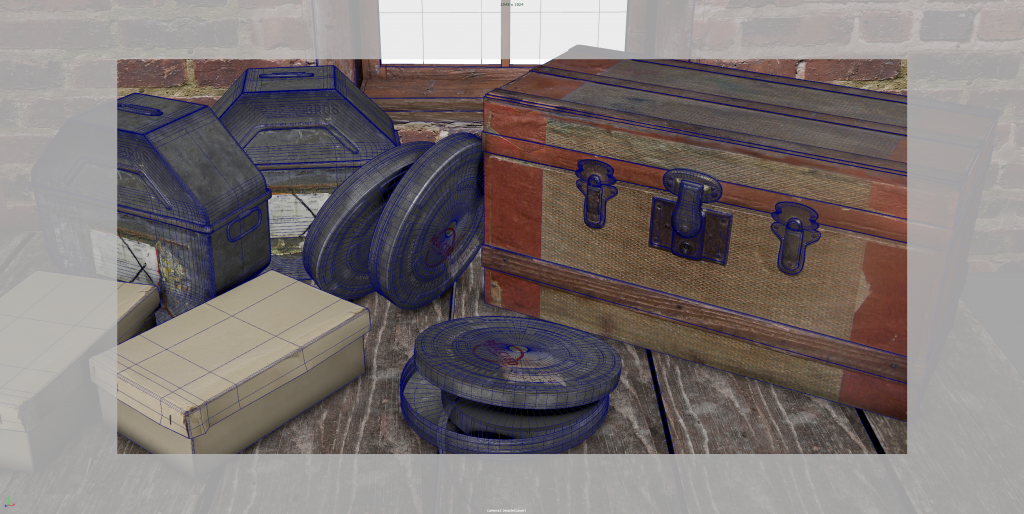